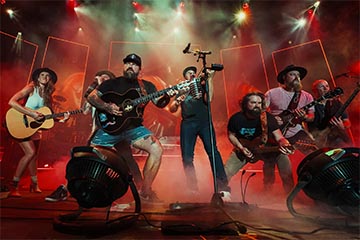 The Zac Brown Band is performing at the MIDFLORIDA Credit Union Amphitheatre in Tampa, Florida on Saturday, October 8, 2022 at 7:00 PM.

The band has released seven studio albums along with two live albums, one greatest-hits album, and two extended plays. They have also 16 singles on the Billboard Hot Country Songs or Country Airplay chart, of which 13 have reached number 1. Their first album, The Foundation, is certified triple-platinum by the Recording Industry Association of America, while its follow-ups, You Get What You Give and Uncaged, are certified platinum.