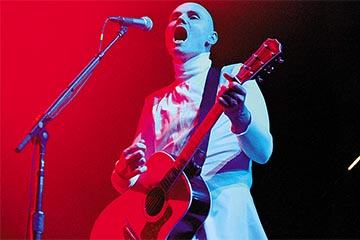 The Smashing Pumpkins and Janes Addiction are performing at the Amalie Arena in Tampa, Florida on Friday, October 7, 2022 at 6:30 PM.

Disavowing the punk rock roots of many of their alt-rock contemporaries, they have a diverse, densely layered, and guitar-heavy sound, containing elements of gothic rock, heavy metal, dream pop, psychedelic rock, progressive rock, shoegazing, and, in later recordings, electronica. The Smashing Pumpkins broke into the musical mainstream with their second album, 1993’s Siamese Dream. The group built its audience with extensive touring and their 1995 follow-up, the double album Mellon Collie and the Infinite Sadness, debuted at number one on the Billboard 200 album chart. With 30 million albums sold worldwide, the Smashing Pumpkins were one of the most commercially successful and critically acclaimed bands of the 1990s. However, internal fighting, drug use, and diminishing record sales led to a 2000 break-up.