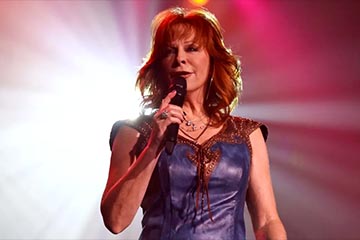 Reba Nell McEntire (born March 28, 1955), also known mononymously as Reba, is an American country music singer. She is often referred to as “the Queen of Country”, having sold more than 75 million records worldwide. Since the 1970s, McEntire has placed over 100 singles on the Billboard Hot Country Songs chart, 25 of which reached the number one spot. She is also credited as an actress, having appeared in both films and television. She starred in the television series Reba, which aired for six seasons. She also owns several businesses, including a clothing line.