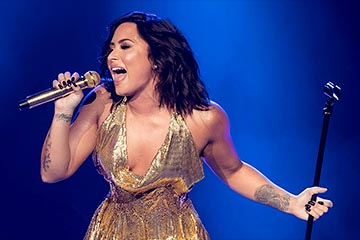 Demi Lovato is performing at the Seminole Hard Rock Hotel and Casino in Tampa, Florida on Friday, October 28, 2022 at 8:00 PM.